What people are saying - Write a review

Reviews aren't verified, but Google checks for and removes fake content when it's identified
User Review - Flag as inappropriate

Reviewed by Edith Wairimu for Readers' Favorite
An Intense Calm: Maldives Eco Surfing Chronicle by Thirumoolar Devar follows Devar’s adventures through the magical archipelago. Twenty years earlier Devar had an epiphany that inspired his travels. At twenty-nine, he decided to make decisions that would lead him to achieve his dreams. After countries shut down their borders following the pandemic outbreak, 2020 presented an unexpected twist that forced Devar to remain in the Maldives. The book is dotted with breath-taking photographs that explore the island's biodiversity which includes different species of birds and aquatic life. Photos of colorful flowers brighten the pages. Captivating images of surfers riding waves, geographical map guides, photographs depicting locals’ everyday life, and picturesque images that capture the island’s beauty are also included.
An Intense Calm combines compelling facts with lines of poetry and diary entries of days spent in the Maldives. Geographical facts, such as that the Maldives is 130 km from east to west and has an elevation of 1.5 meters which makes it the lowest in the world, provide informative content that helped me learn more about the country. The life lessons that are included offer useful insight and the entries provide a personal look into Devar’s experiences. They inspired me to take a closer look into what nature offers and learn from it. Devar also explores the need for ecological preservation in the book. He explains how to learn and make the most out of travel experiences. He discusses the need for a positive attitude and respecting the locals and their culture. An Intense Calm is an insightful and educative collection of lessons, observations, and experiences.

Thirumoolar Devar, aka “Moolar” or simply, “Moo,” was born in Manhattan, New York City. He grew up in a Tamil founded, yet multi-ethnic Kundalini yoga ashram. He learned about world religions and spirituality while traveling around the United States until age 15 when he became an independent. He worked in tourism and hospitality since early on, with a majority of U.S. years spent in New Orleans. There he became interested in the arts, playing music, and practicing photography since the young age of 7 in 1977.

After studying graphic design at California Institute of the Arts (CalArts), he began his career in the publishing industry at a small-town newspaper in Bay St. Louis, Mississippi. Right at the digital transition, he helped them make the switch from the old paste-up process to modern computer-based production.

Returning to school to study digital video at The American Film Institute (AFI) in Hollywood, he then continued west to Maui, Hawaii. There he began his freelance operations working for the tour and activity vendors throughout the Hawaiian islands. In the year 2000, he began learning web development. Shortly after that, he traveled to his first foreign land. By 2009 he was living abroad fulltime, filling his passport with stamps from around the globe. From a remote international office, he works online, making websites and books under the name Studio With A View.

Moolar makes the analogy of his paths traversed to the juxtaposition of The Force and The Darkside from the classic movie, Star Wars. However, his favorite film is Blade Runner. When he was a young boy, he enjoyed reading the adventurous tales of Tarzan and other Edgar Rice Burroughs books. Two Herman Hesse books that influenced him in his teens were Narcissus and Goldmund and Steppenwolf. His life’s journey unfolded by diving headfirst and unabashedly into the exploration of both the internal and external pleasures and pains of existence.

In 2020 he launched his publishing company, Earth Afloat. The company’s first self-published books are a series of short stories written by his father, “Fables Found - A Treasure of Wisdom for Grandchildren.” 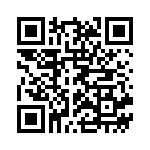